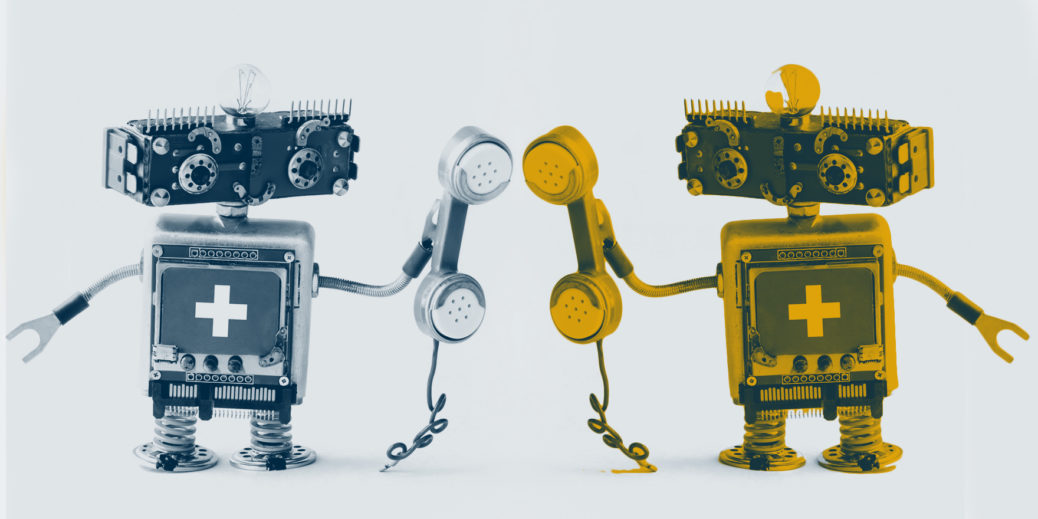 This is the eighth article in a monthly series from members of the GPs Down Under (GPDU) Facebook group, a not-for-profit GP community-led group with 5800 members, which is based on GP-led learning, peer support and GP advocacy.

SOCIAL media use within the medical profession is seemingly here to stay. Medicine values privacy, confidentiality, one-to-one interactions and formal conduct. Social media, on the other hand, values sharing, transparency, connection and informality; it is fluid and responsive and has seen an increasing number of health professionals use it. In 2011, nearly 90% of physicians used at least one social media site for personal use, and over 65% used at least one for professional purposes.

The benefits of such social media use include professionals being responsive to change; easier access and dissemination of contemporaneous evidence, guidelines and standards; improved education of health professionals; improved business practices and ethical standards; and ensuring logical, justifiable, well constructed dialogue has a chance to take place.

GPDU is one such online social media forum, where doctors are able to interact and discuss a range of relevant topics. Discussions on GPDU often become heated, with dissenting views and comments called out and challenged, in particular, gender stereotyping, bullying and harassment. Egos may certainly be bruised; however, at some point we all have to learn to “play nicely”. In GPDU, self-regulation seems to work well.

But, medicine as a discipline can be slow to change and sceptical of rapid modification. At present the Medical Board of Australia is reviewing its Code of Conduct with some additions and changes being proposed, including the introduction of regulation of comments made by medical professionals in the public space. One draft paragraph that will potentially be included in the new Code is:

2.1:  As a doctor, you need to acknowledge and consider the effect of your comments and actions outside work, including online, on your professional standing and on the reputation of the profession. If making public comment, you should acknowledge the profession’s generally accepted views and indicate when your personal opinion differs. Behaviour which could undermine community trust in the profession is at odds with good medical practice and may be considered unprofessional.

At first glance this appears reasonable, but it is so vague that it is liable to both misinterpretation and misuse. Concerns have been aired, on the GPDU forum and in other places, that this statement could be used to stifle free speech and debate on contentious topics, and that it could be used to control or punish doctors who publicly express views not held by the majority.

History is littered with instances when dissenting views have not formed the majority view, and the doctors and scientists involved were persecuted for those beliefs. We should heed the well known quote by George Santayana: “Those who cannot remember the past are condemned to repeat it”. Maybe it’s time we started remembering.

From Rhazes in the 10th century through to Virchow, Mendel and Semmelweis, outspoken individuals have been persecuted as they dared to speak against common ideas and practices. Even today, doctors have been jailed in Iran and Syria for daring to confirm government atrocities.

Which brings us to Australia, a pluralistic society with a wide variety of views.

Recently, an online petition signed by around 1600 doctors requested transfer of a refugee from Nauru to Australia so that he could receive palliative care. Common sense at the government level eventually prevailed and the refugee was transferred. Did the 1600 signees represent the majority of doctors? Numerically, they certainly did not, and their action may well be at odds with the profession’s generally accepted views. But does that mean that signing the petition was “unprofessional”? If the proposed 2.1 clause goes ahead as suggested, we are not sure.

Who should be called unprofessional: the doctors who promote the majority view, or the doctors who do not act or think like the rest? One of the greatest gifts we can give our children is to teach them to think for themselves, and as teenagers, not to follow the crowd. Yet, here we are as adults being warned that we may be considered unprofessional if we do not conform to group-think – all to preserve the “reputation of the profession”.

The Board is right to recognise that social media is a potentially influential tool that should be used with caution. It had a taste of that influence recently when it had to back flip on its proposal that all complaints against doctors should be recorded in perpetuity on their website, even when those complaints are shown to be baseless. It was only after advocacy from the Royal Australian College of General Practitioners, the Australian Medical Association, a 16 500-signatory petition and those pesky doctors who offered up opinions on social media that the Board changed its mind.

Other contentious issues could see doctors falling foul of the proposed 2.1 clause, especially as medicine is rarely black and white. Contemporary issues that may not have a clear majority view include women’s reproductive health rights, options around assisted dying, gender dysphoria, chronic fatigue syndrome, and dietary sugar versus dietary fat. These are just a sample of current controversies that we are wrestling with both as a profession and within the wider community.

Is discussing these issues honestly and openly on social media being unprofessional? It depends on how it is done, and certainly wisdom is needed when doing so. Our contention is that disapproval from the Australian Health Practitioner Regulation Agency is not the appropriate response if a doctor is felt to be misusing their influence in an online setting.

Doctors reflect the broader social construct and demographic and as such have a wide variety of views, ideas, principles and philosophies. And, as Atul Gawande said:

“We look for medicine to be an orderly field of knowledge and procedure. But it is not. It is an imperfect science, an enterprise of constantly changing knowledge, uncertain information, fallible individuals, and at the same time lives on the line. There is science in what we do, yes, but also habit, intuition, and sometimes plain old guessing. The gap between what we know and what we aim for persists. And this gap complicates everything we do.”

No amount of regulation, codes of conduct and legislation will protect the profession or the general population from individuals that are not mindful of the outcomes of their actions. Medicine and doctors by their very nature are “conservative” and act by the dictate primum non nocere.

In this age of social media, connectivity has led to unprecedented events, such as the solution of complex mathematical formula and, within medicine, a huge improvement in the contemporary education of doctors by doctors – FOAMed (free open access medical education). With the continuously evolving nature of a changing health care landscape, it is important that doctors consider the positive aspects of social media and are allowed to embrace this without a fear of being scrutinised by the Australian Health Practitioner Regulation Agency.

Dr Sue Gardiner has been a GP on the Gold Coast for 25 years. She is a member of the GPDU Facebook group. She is Deputy Chair of the Gold Coast Primary Health Network, but the above views are her own.

Dr Natasha Yates is Assistant Professor of General Practice at Bond University and a part-time GP at Mudgeeraba General Practice on the Gold Coast. She is a member of the GPDU Facebook group. Views expressed are her own and may not reflect those of her employers.

To find a doctor, or a job, to use GP Desktop and Doctors Health, book and track your CPD, and buy textbooks and guidelines, visit doctorportal.