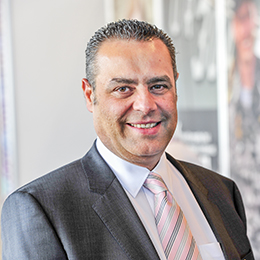 Ayman commenced his medical career in Australia as a surgical registrar in Tasmania in 1995.  With a master degree in surgery from Cairo University, he moved to Wagga Wagga in 2000 working as a GP.  Ayman is a fellow of RACGP 2003 and also completed a diploma of dermatology at the University of Wales, United Kingdom.

In 2009 Ayman was awarded RACGP GP of the year.  He was the former Director of Medical Education CCC Training   Riverina / Murrumbidgee, A former Director, on the board of the Riverina, Division of general practice & primary health for 8 years and was also the chair of the Wagga Wagga  After Hour Services for several years   .