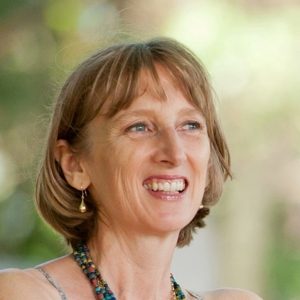 Pamela has been in general practice since 1987, which seems a long time ago now, starting out in indigenous health and then working for a spell with youth in detention. For thirteen years she was part-time at the Gladstone Road Medical Centre in Brisbane, which continues to provide specialised services for the LBGTI community, and there  developed her special interests in women’s health and early life care.

Pamela qualified as a lactation consultant in the early 1990s’s, after having her own children, and was particularly fascinated in the late 1990s by the infant GORD epidemic, which began in Brisbane and rapidly spread around the world. This epidemic got her interested in research – she waded through endless articles in journals like the Journal of Paediatric Gastroenterology and Nutrition, trying to demonstrate that there was, actually, no (reliable) evidence to support this diagnosis and its treatment in the first 6 months of life, and that what was being interpreted by her gastroenterologist colleagues as signs of infant GORD were either signs of positional instability at the breast, conditioned sympathetic nervous system hyperarousal, or other normal infant behaviours.

In the 2000s, Pamela did a PhD in Women’s Studies and Creative Writing, which explored the stories women tell of their subjective experiences through pregnancy, childbirth and the early years of childraising (- took me nine years but I loved doing it -), and from 2005 she began publishing in the medical literature concerning early life care. She is currently an Adjunct Associate Professor with the Maternity, Newborn and Families Research Collaborative MHIQ, Griffith University, and a Senior Lecturer with the Discipline of General Practice, The University of Queensland.

After her kids left home, Pamela wrote The Discontented Little Baby Book, and a group of committed people helped her found Possums for Mothers and Babies. The charity Possums Education is focussed on education and research, offers certification workshops (also available online), and accreditation in Neuroprotective Developmental Care.